A LiPo battery consists of multipe cells. These cells deliver approx. 3.7 Volts. A 4S LiPo would therefore supply 14.8V.The battery's capacity is defined in mAh. mAh means milli-Ampere per hour.
A battery pack with a 1000mAh capacity can deliver 1 Ampere (1000mA/1000) for 1 hour. Or 1mA for 1000 hours. The battery capacity, together with the LiPo battery's discharge rate will define its maximum current output (Ampère, A). This fact is very important to bear in mind, when selecting a LiPo battery. The combination of capacity and discharge rate is what you will need. It's important to know that the battery cells don't count up for maximum current draw. The quantity of cells only determine the voltage (V) of your LiPo, when needed for your equipment. 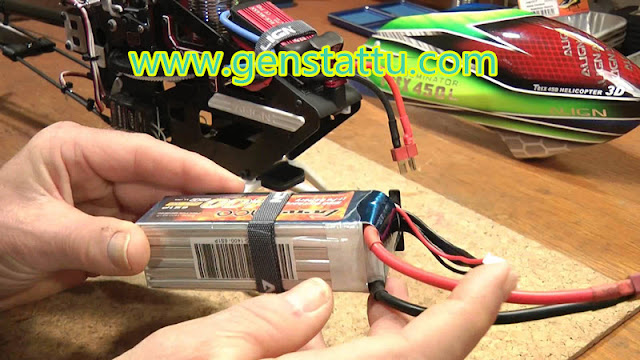 A battery such as the 4000mAh 20C or the other 3s 2200mah 15C will suffice you. For an average quad, say weighing around 1.5kg, you will draw around 250watts of power on average, say 350watts at peaks. This means about 25-35 amps max. Divide that by the 4 motors and you get about 9 amps per motor at the max. Both of those batteries are capable of delivering that and so you are OK.And let me also add that the discharge rate is either given in C's (capacities) or in amps. When given a C rating, simply multiply that by the rated capacity (mAh or Ah) to get the maximum rated discharge rate of the battery in mAmps or Amps. Thus, the 4000mAh 20C battery is suppose to supply a maximum of 80amps and the 4400mAh 15C one 66amps.

The converted number will be the “(AH)” in the formula. Now that you've your “(AH)” number, hook it up to the formula with the “C” rating number of your Battery and Calculate.

So, a 2200mAh / 40C LiPo can only handle an Ampère draw of 88A at max. So that's why the combination capacity/discharge rate is of such importance for selecting the right LiPo for you project.