The difference between li-ion and li-polymer battery

Compare with li-ion battery,lipolymer battery has the following characterizations:

1. It would not leak the electrolyte, since it uses the colloidal solid rather than the liquid electrolyte.

3. It can be designed into multiple shapes.

5. It can be made into single high voltage: the battery with liquid electrolyte can only acquire the high voltage and macromolecule battery by putting several batteries in series.

6. Because the battery itself does not have liquid, it is possible to obtain high voltage by making multi-layer combination inside the single battery.

7. The capacity is twice as that of the Li-ion battery. 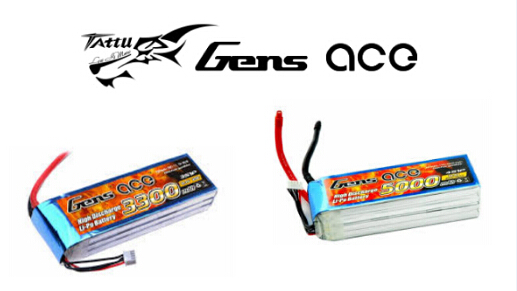 The lifespan of lipo battery

For example, the first day, we charge the battery after consumed half of the power, and the second day, we repeat that process. This is just one charging cycle rather than two. Therefore, a cycle may be finished by several times of charging. Every single charging cycle will reduce the power slightly. However, a superior battery can maintain 80% power after many charging cycles. That is why some lipo battery can use normally after two or three years. Certainly, it is also needed that we replace the lipo battery if the lifespan has ended.

In fact, light charging and light discharging benefit more to the lipo battery. Only when the lipo battery is calibrated by the product has the need to charge and discharge battery deeply. Therefore, we can use the lipo battery for convenience and do not have to concern about the lifespan.

If using below the 4 degree centigrade, you would also find the flight time of the battery has been reduced, and even some original lipo batteries of mobile phones cannot be charged. But, this situation is just temporary. Differ from using in the high temperature, once the temperature gets higher and the molecules inside the battery are heated, the battery would recover to the normal energy.

To maximize the performance of lipo battery, we should use it more often and make the electron flow. If we cannot use the lipo battery frequently, please remember to make a charging cycle and calibrate it (charge and discharge deeply) every month.