Batteries make everything go in RC, even in nitro-powered models — sure, the engine burns fuel, but you aren’t going anywhere without a battery on board to power the receiver and servos. As with so many aspects of our amazing hobby/sport, you can go super-deep into battery tech if it really interests you — but it’s hardly a requirement for making an informed battery choice and understanding the types of batteries we use in radio control. Here’s everything you really need to know…

NiMH & LiPoThere are two essential types of batteries used to power electric models: Nickel-Metal Hydride (NiMH) and Lithium Polymer (LiPo). The chemistry-class names refer to the essential materials within the battery that react to store and release energy as electricity, and each has its pros and cons.

NiMHIf you purchased a ready-to-run (RTR) model with an included battery, chances are it’s a NiMH. Nickel-metal packs are rugged, inexpensive, and don’t require much in the way of special care. However, they’re heavier than a LiPo battery of similar voltage and capacity (we’ll get to those terms), and their voltage decreases steadily as the pack is discharged. Once you start driving, your car goes slower with each passing minute. Not noticeably at first, but steadily.

NiMH packs are constructed with cylindrical cells (usually 6-8 of them) like those we’ve been dropping into flashlights and TV remotes for years.

LiPoLiPo batteries are generally sold as accessories, but there are RTR models that include them. A LiPo battery is lighter than a NiMH of similar voltage and capacity, which helps your model feel more powerful. Also contributing to that “feeling of power” (often called “punch”) is the LiPo’s ability to maintain its voltage longer as the pack is depleted. Instead of delivering less and less voltage throughout your run, a LiPo will hold a steady voltage for most of your run, then fall off quickly at the end of the charge. The downside is (LiPos are more expensive than NiMH, but the gap is narrowing), and care — LiPos require a specific care regimen for longest life and safe use. 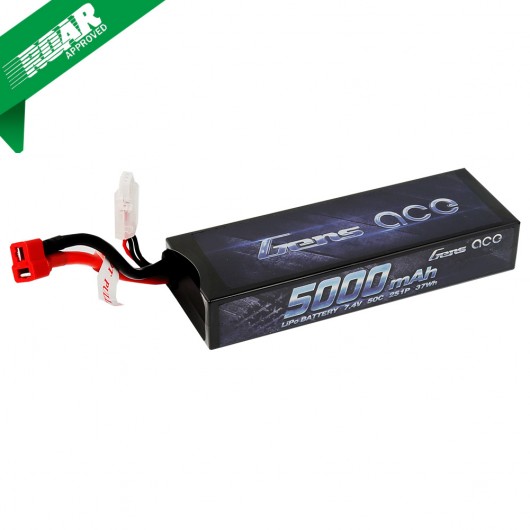 LiPo batteries are assembled with flat slab-like cells. Most LiPos used in RC cars are 2- or 3-cell configurations.

CAPACITY & VOLTAGEThe important things to consider when looking at batteries, whether NiMHor LiPo, is their capacity (which determines how long your car or truckwill run per charge) and voltage (which determines how much speed andpower your model will deliver). Here’s what you need to know:

VoltageAs with capacity, more volts is better—to a point. Your vehicle’s power system is designed to handle a certain amount of voltage, and exceeding that voltage will (at the very least) shut the system down if it has “overvoltage protection,” or (at worst) fry the electronics. So, check your speed control’s specs!The voltage of a battery pack is determined by how many cells it has. A single NiMH cell delivers 1.2 volts, and NiMH batteries are most commonly offered with six or seven cells. These may be referred to as “6-cell” and “7-cell” packs, or they may be referred to by their voltage: 7.2 volts and 8.4 volts (since 6 x 1.2 = 7.2, and 7 x 1.2 = 8.4).

It’s different with LiPos. The principle is the same, but since a single LiPo cell delivers 3.7 volts, LiPo packs have fewer cells for a given voltage. The most common configurations are 2-cell, 7.4-volt packs (2 x 3.7 = 7.4) and 3-cell, 11.1V packs. Depending on your model and how much voltage it can handle, you may even be able to use 4, 5, or 6-cell packs—again, check those power-system specs!

What About “S”?As we just discussed, NiMH and LiPo packs are often referred to by the number of cells in the pack: for example, “2 cell” or “3 cell.” You may also see or read about LiPo packs with a designation such as 2S, 3S, 4S, etc. In this case, the “S” refers to and indicates that the cells within the pack are connected “positive to negative,” like in the illustration below. Some LiPo packs cells connected both in series and in parallel, which is designated by a “P.” For example, a “2S2P” LiPo pack would have two pairs of LiPo cells inside. Each pair would be wired in parallel (2P), and the two pairs would be wired together in series (2S). Is your head hurting? Don’t worry about it. Nearly every RC LiPo batteries wired in series and simply referred to as 2S, 3S, 4S, etc. 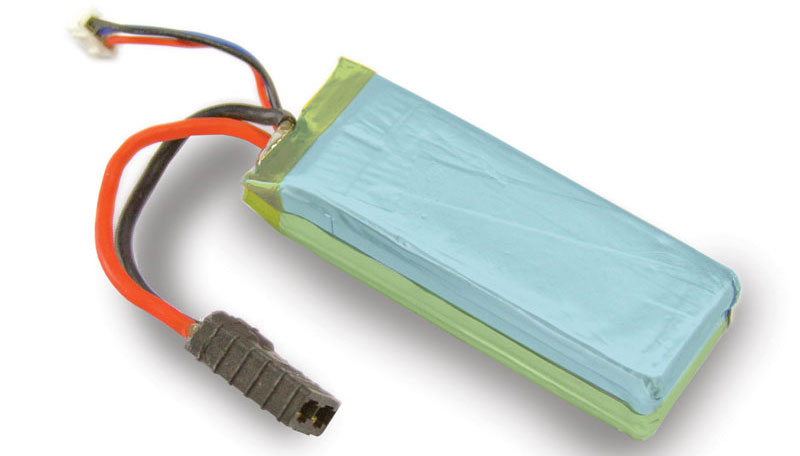 With its removed, we can see the two stacked cells of this “2S” LiPo. The cells have been tinted so you can easily distinguish them. 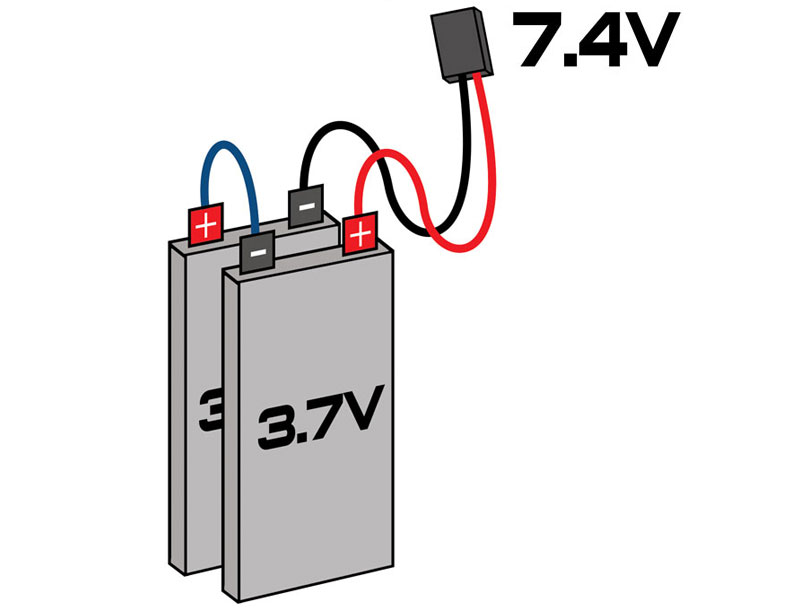 CHARGING ESSENTIALSNow that you’re set up with batteries, let’s talk chargers. First and foremost, make certain that you get a NiMH charger if you have NiMH batteries, and a LiPo charger if you have LiPo batteries. Crazy important to get that right. If you use both types of batteries, there are chargers that can be set for either battery type. If you go that route, be sure to set the charger for the correct battery type before you hit the “start” button. As for charger features to look for, the most important (after determining “Is it the right type for my battery?”) is amperage. The higher the charger’s amp output, the faster it can charge your pack. If your car or truck came with a “wall wart” charger, you’ll notice its label shows its output in milliamps—for example, 300mA. If you had a 300mAh battery, that charger would juice it up in an hour. But chances are you have a 3000mAh (or higher) pack, and that means you’re looking at 10 hours of charging before you get to play again (3000 ÷ 300 = 10). If you have a 4-amp charger, that 3000mAh battery will be charged in about 45 minutes.

Whether you’re shopping for an inexpensive charger to keep your packs juiced up on the cheap, or you’re going for a fully-adjustable pro model (like this Hyperion EOS0840i), you’ll find plenty of options at the hobby store.

How Many Amps?Now, we know what you’re thinking: “If more amps better, why not get a 10-amp charger and blast that battery full in just three minutes?” That makes sense math-wise, but batteries don’t like to be charged that fast, and if you tried to go to that extreme, you’d just smoke the battery. Charging at lower amperages will extend your batteries’ life—that means more recharges before the pack no longer performs well enough to be worth keeping. As a rule, LiPo packs should be charged at the same rate as their capacity. For example, a 4000mAh LiPo battery should be charged at a maximum of 4 amps. A 5500mAh RC Car battery should be charged at a maximum of 5.5 amps. And so on—just take the battery capacity and divide by 1000. In the lingo of battery charging, this is known as charging at a rate of “1C,” or “capacity multiplied by one.” LiPos can also be charged at higher rates to reduce charging time, but you’ll reduce the life of your packs. For example, a 5000mAh battery charged at “2C” (capacity times two, in this 5000 x 2 = 10 amps) would charge twice as quickly as the same battery charged at 5 amps, However, if you charged the pack at 2C all the time, you might only get 150 runs out of it instead of 300. Lower amp rates = more runs before the pack is worn out.

NiMH packs are more tolerant of higher-amp charging, but selecting a rate of 1-1.5C is good practice for maximum pack life. Occasionally charging at a higher rate when you need to save time won’t hurt anything, but do most of your charging at a lower rate whenever you can.

RULE NO. 1: Never Leave Batteries Unattended While ChargingWhile the charger does its thing, you can work on your car, vacuum, watch TV, anything — but don’t leave the room for the duration of charging, and for heck’s sake, don’t leave the house. 99.999% of the time, batteries charge without a hitch. But if you’re in the 0.0001%, being by the charger is what will prevent damage to your RC gear and other property.

RULE NO. 2: Use the Right ChargerNEVER USE A NIMH CHARGER WITH LIPO BATTERIES. Yep, all caps, because LiPo batteries tend to catch on fire if you try it. So don’t. You MUST use a LiPo charger (or a LiPo charge mode, if you have a multi-mode charger) when charging LiPo batteries.

RULE NO. 3: Use the Right ConnectorsIf your charger and batteries don’t have the same type of connector, purchase the appropriate adapter, or install the correct connector (or have one installed for you). Never jerry-rig connections with exposed wires or clips, as these may cause a short circuit that could damage your charger, battery, or even start a fire. 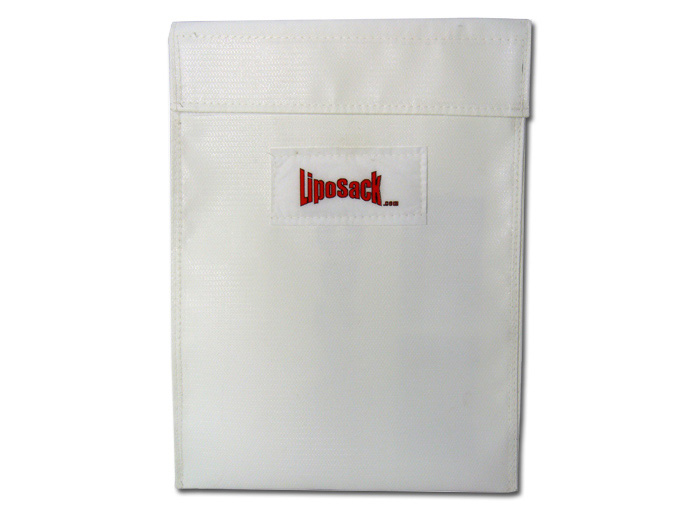 For extra safety, a flame-retardant charging bag (such as this one from MaxAmps) is a good idea.

LiPo Balancing: It Is And Why You Should Do ItWhen purchasing a LiPo charger, make certain it has the ability to balance the cells in the pack as it charges. When a pack is “balanced,” it means the cells have the same voltage. For example, a 2-cell, pack is balanced if both cells have 3.7 volts. If you don’t balance the cells, their voltages may drift after a few charge/discharge cycles. Why does this matter? Because LiPo cells don’t tolerate being over-discharged well. And while your speed control’s low-voltage detection system (see “Caring For Your Batteries”) will prevent the pack’s total voltage from dropping past a certain point (let’s say its 3.3 volts per or 6.6 volts for a 2-cell pack), the speed control only “sees” the total voltage of the battery, not the voltage of each individual cell. So, if the pack is unbalanced, that 6.6 volts might not represent 3.3 volts per cell; you might have one cell at 3.6 volts, and another at 3 volts—that cell will be over-discharged, and now your pack is compromised or even ruined. Balancing ensures the cells always have equal voltage. Happily, balancing is easy to do; in most cases, all you have to do is make certain the pack’s balance plug is plugged into the charger. 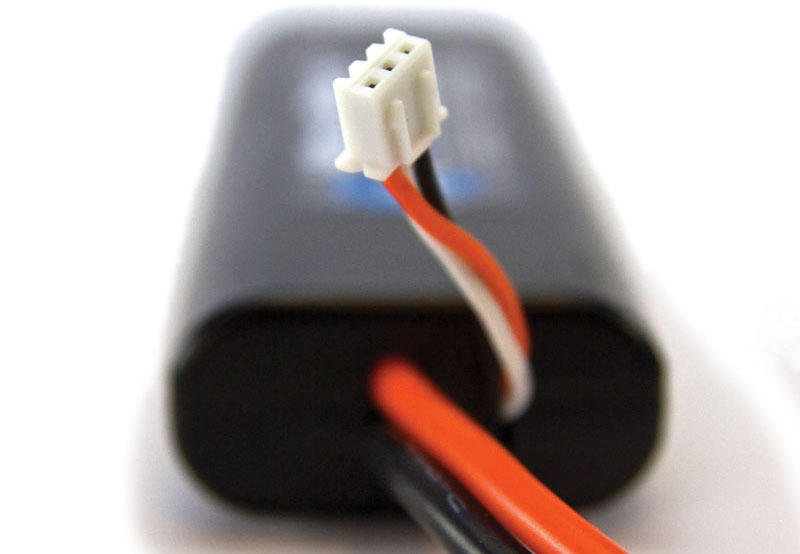 Depending on your charger, there may be a built-in balance plug or an external “balance board.”